Yes, we're still doing Marianne, but we're now moving on to the pre-cancelled set. This is a set of 12 Marianne stamps with a precancel in thick lettertype. These were basically used for the handling of large amounts of mail, with a little discount for the sender and with the advantage for the mail handlers that the mail no longer had to be cancelled, making for quicker processing. 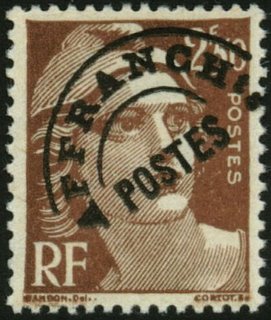 And yep, you guessed it, there are varieties to be found on these overprints too! There are countless very small errors but there are two main flaws, the first one being the short T in POSTES. 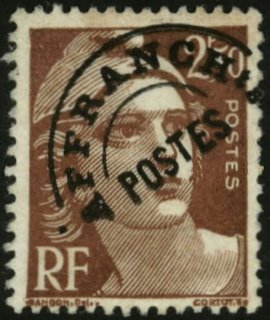