One of the better bird sets of recent times is (in my humble opinion) the Isle of Man set issued this year.

What I like about the set is that it is not too flashy, the stamps are not too big and they work together extremely well as a set. I absolutely love the artwork of these stamps, especially the strip that I will show you next time. Here are two stamps from this first strip. 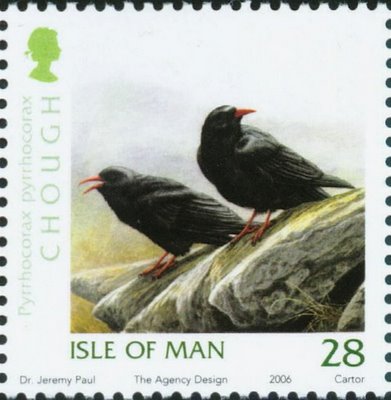 I've only seen the chough once, years ago, when I stayed at a cottage in Aberdaron on the Welsh coast. They are rather rare in Britain but a lovely sight with their red bills. There are hardly any stamps of choughs issued at all, so it's quite a nice addition to any bird collection. 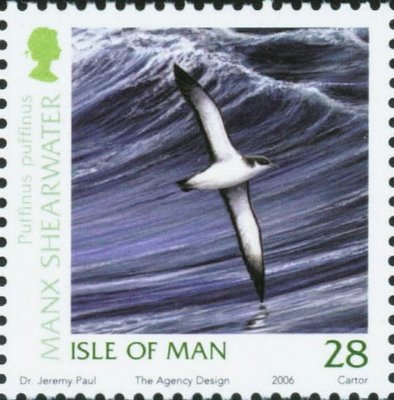 The Manx Shearwater is a bird that I haven't seen yet although I was told they were around when I was at the Mull of Galloway the other day. Their wings are black on top and white underneath and because they sort of constantly turn over when they fly, you usually recognise them because they flash black and white when flying. They also fly very low over the waves, apparently they are sometimes even moved along by the surf (hence their name, most probably).