The States issued a definitive set similar to the German one during 1980-1999. Previous American sets used to concentrate on the very famous Americans, usually presidents. The nice thing about this set is that many lesser known Americans were portrayed as well.

The set is subdivided in different ways by the various catalogue editors but I am quite fond of the way Stanley Gibbons has done so. 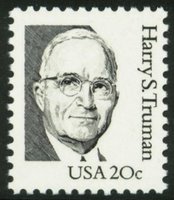 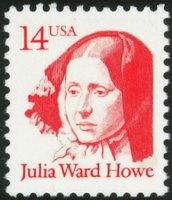 The third and final set (1990-1999) still had no "c" after the value but was different in that the stamps now also had explanatory captions. 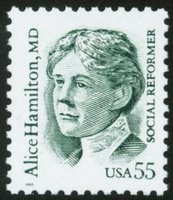 Tomorrow (or next time anyway) I'll show you some perf differences.