Some time ago (see here: http://akphilately.blogspot.com/2006/11/netherlands-tbc-1906-in-early-1900s.html ) I wrote about the Dutch TB stamps from 1906. As I said then, the idea for this set was taken from the Danes. In Denmark, too, tuberculosis wreaked havoc among its people in the early 1900s. The idea was formed to issue annual Christmas labels (Julen = Christmas in Danish) without any postal value, which would be sold in all post offices. The proceeds (minus production costs) could then be used to combat the deadly disease. And so, in 1904, the very first Julen stamp was issued, bearing a portrait of the late Queen Louise. 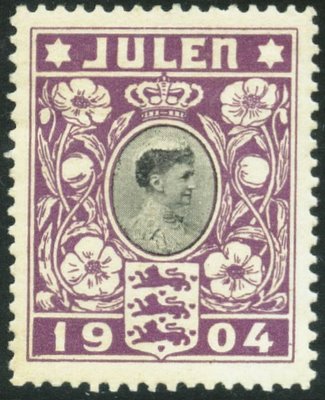 The demand for the stamp was enormous. The funds raised exceeded all expectations and made it possible to finance the construction of a sanatorium for tuberculosis children. The idea of Christmas seals spread quickly around the world and ended up being copied in 130 countries.