I was so lucky to be in France at the time the new Marianne de Gandon stamp was issued because all the philatelic magazines were full of articles regarding the series. In those, mention was made of interesting facts regarding the designer, Pierre Gandon. Here's a block of four Mariannes, signed by him, which I picked up in Annecy. 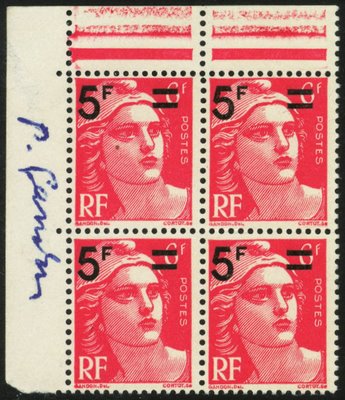 Apparantly, Pierre Gandon's star was shining less brilliantly after having co-operated with the Vichy Government in France during World War II. However, because of his artistic merits, he was still asked to submit designs for a new definitive set. He let his wife pose for a photograph and based his Marianne design on that photograph. 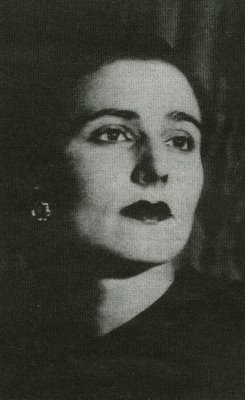 A stamp he made earlier seems to be a trial version of the Marianne head he later designed for the definitives. Great stuff! 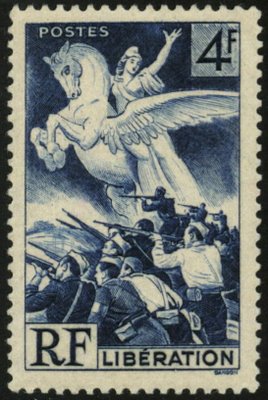