I'm off to France for a week so my last post before I go had to have a French connection, to get in the mood! (As if that would be necessary!).

The Autumn stamp fair in Paris has just taken place and during that fair various new stamps were issued. One of those is a new version of the well-known Marianne de Gandon stamps. As has happened before with these revamped stamps of the past, they are issued side by side with the current Marianne issues, in self-adhesive booklets of 10. Now, Eric (see the My Philately link on the left, very good!) has been so kind as to go that fair and send me a proper first day cover (meaning a normal cover which has gone through the post and has been cancelled on the first day of issue) with both stamps on. 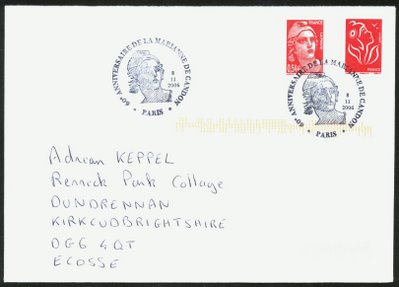 As you can see, the design has been stretched slightly to fit the new format stamp. 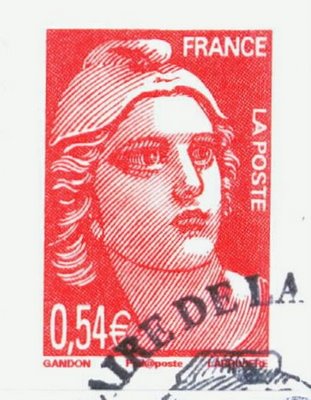 Compare this with an old version of the 1940s. 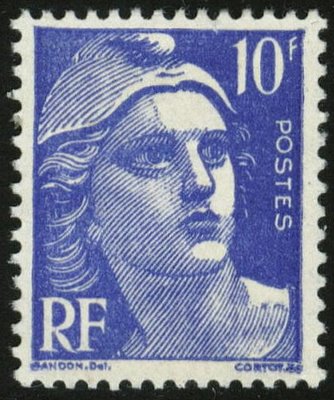 Another funny thing is the info on the cancellation. It mentions the 60th anniversary of the Marianne stamps, has a date of 8-11-2006, but the Marianne de Gandon stamps were issued from 1945 onwards! 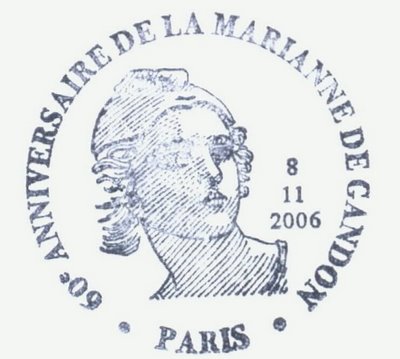 Very strange! But there may well be a logical reason for it, even though I don't see it. Answers on a postcard! (e-mail would be fine too).
:-)
Adrian
France