Skip to main content
on December 21, 2006
ADEN - DEFINITIVES
I was finishing the newsletter for our philatelic society when I read the story about the Aden definitives. One of our members had given a display on King George VI Commonwealth sets and the Aden stamps were featured.
I believe I sort of hinted at the story some time ago on my blog, but because i'm not very inspirational today, I'll just repeat it.
:-)
The first set of Aden definitives under British rule did not bear the King's portrait. 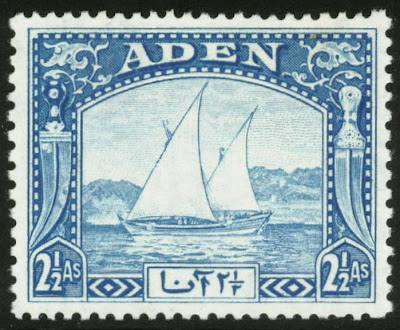 This was sometimes done when the political situation was slightly precarious and including the occupier's head on the stamps might have stirred trouble. And this was exactly what happened after the second set of definitives did show the King's portrait. 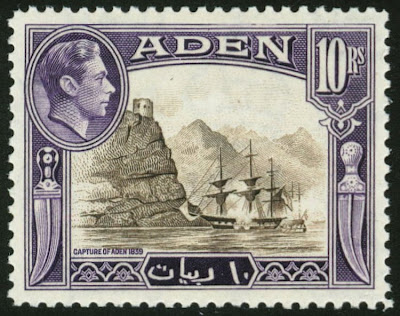 The sultans revolted against this and the result was that soon after, the Aden Protectorates got their own definitive sets with portraits of the sultans. 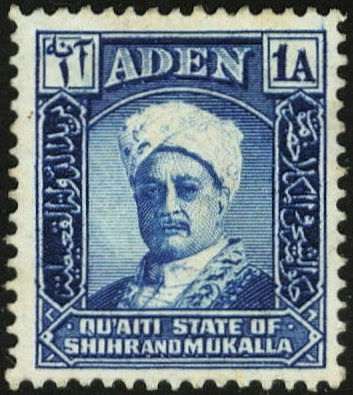