One thing I like about definitive sets is that they get added on, and not just with new values (for which there is usually an obvious reason, such as a rate change) but with colour changes too. It's always interesting to find out what they were issued for. Take for example the 50c bontkraag. The original version was part of the first set issued in 1899. It was printed in bronze-green and brownish red. 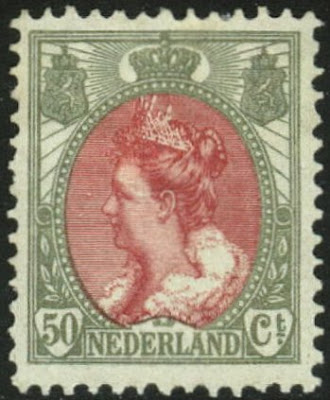 A second version appeared in 1914, printed in grey and violet. 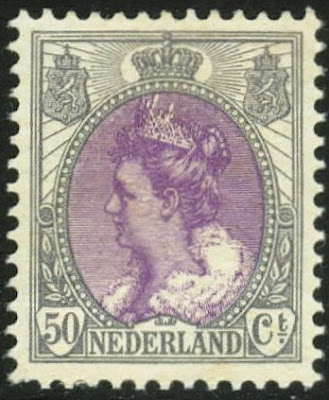 There were no rate changes at the time so there was no obvious reason for this change. No, the reason behind this change was that the original version was a health hazard! After printing each sheet, that sheet had to be wiped with a cloth to get rid of the excess amount of bronze powder used for printing the border. This powder was then being inhaled by employees, which posed a health hazard. So that's why a new colour combination with "normal" ink was introduced!