Vürtheim's designs for the new Dutch definitives had been accepted and his stamps were to be issued from 1899 onwards. 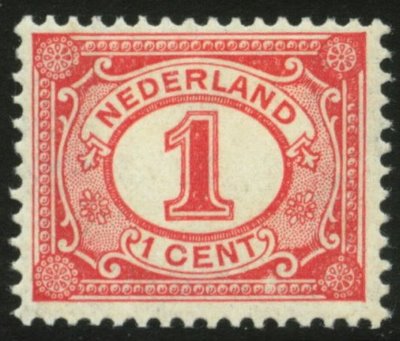 He was then also asked to make designs for a similar definitive set for the Dutch colonies. Again, his design was accepted and shown here is the key value of the first set of these stamps for the Netherlands Indies, issued from 1902 onwards. These stamps would also be issued in Curaçao and Surinam. The stamps are printed in letterpress by Enschedé of Holland. 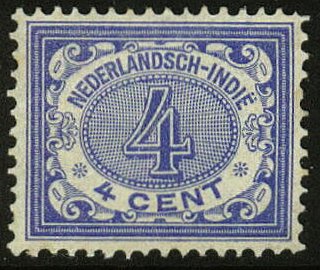 Some ten years later, the design would be altered slightly to make the value stand out more clearly. The stamps were still printed by Enschedé. 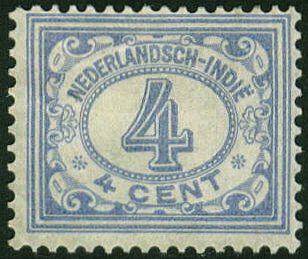 Vürtheim's design would have a long life in the Dutch colonies, for in 1940 another version of the 5c stamp would appear, this time printed by the Topografische Dienst Batavia. This reprint was necessary due to the fact that stocks of the then current definitives (which were normally shipped from the Netherlands, being printed by Enschedé) could not be replenished because of the war. 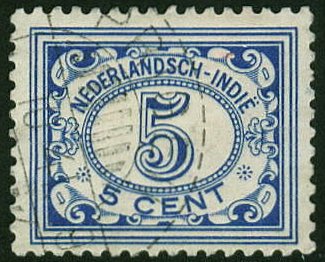