Skip to main content
on January 29, 2007
THE LION IN PHILATELY

The author of the article has taken Hanover as its lead to move away from all things British and have a look at Lions on foreign stamps. That's how we end up in Abyssinia (file under Ethiopia). One of the hereditary titles of the then Emperor Menelik of Abyssinia was "Lion of Judah"; hence it is not surprising to find the Lion adopted as the national emblem. The Lion appears on the higher values of the 1894 definitive set, this being the first issue of Ehtiopia. 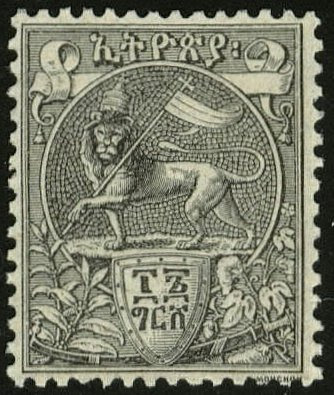 There are only three basic values to collect so that's nice and easy, but I had another look in my non-specialized catalogue this morning and saw that these stamps have been overprinted like dozens of times between the date of issue and 1911. I do not have any to show you, but you could make this into a nice page full of varieties!