Skip to main content
on January 12, 2007
THE LION IN PHILATELY

I was browsing through my cupboard yesterday and came across this old competition entry that I put together some years ago. It was based on an article written in 1907, I believe, and dealt with "The Lion in Philately". Back then, thematic collecting was still unheard of, I would think, but this was like a first step in that direction, although it meant having to find definitive stamps to match your interest for their was no wealth of special stamps to choose from.

But I suppose that's why it caught my eye and I tried to find the stamps that were written about, which turned out a rather hopeless task for what was still around in those days has become frightfully expensive now! Oh happy days!

But anyway, I did manage to scramble together some eight pages and I still quite liked them when I saw them last night so I thought I'd share a few with you here.

First up are the stamps of the British South Africa Company (file under Rhodesia). Here, the lion appears as crest in the heraldic position known as "passant". This set was issued on 2 January 1892. 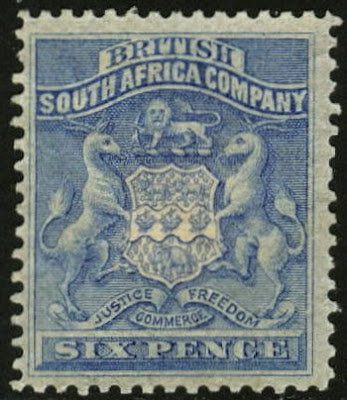 The high values that were part of that set are beyond my means in mint condition but I did manage to get some nicely used. They are absolutely stunning, I think! 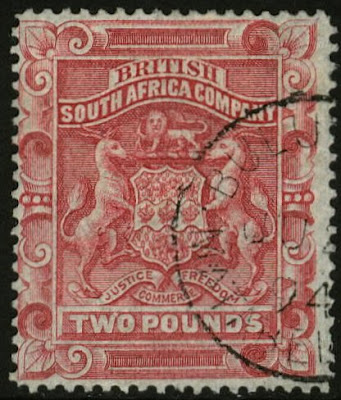 The design of the low values was slightly changed in that the value was later printed in a different colour (issued from 1892-1894). 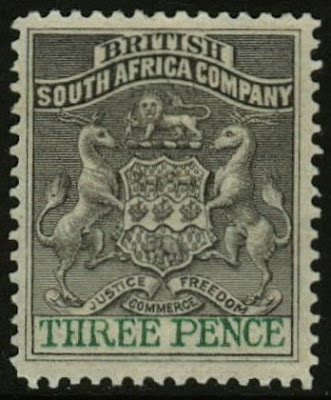 Tomorrow I may show you New South Wales!