Skip to main content
on January 23, 2007
THE LION IN PHILATELY

It's cold here, my fingers are numb and I can't type properly, so I'm glad to be off to Barbados today, where we find another example of the British Arms on stamps. The Arms are split up and cleverly incorporated in the corners of the design. The set of 9 stamps was issued in 1897 to mark the Diamond Jubilee of Queen Victoria's Reign! At first the stamps were issued on white paper. They are printed in letterpress by De La Rue. 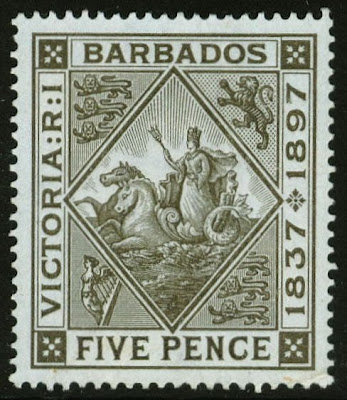 A number of values was printed in two colours (mainly the higher values). 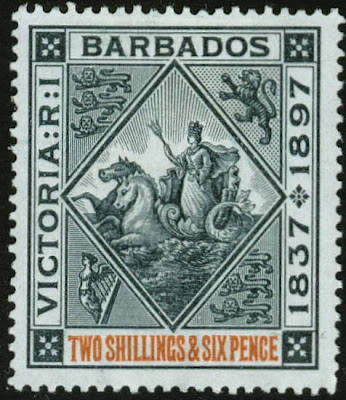 The set was re-issued in 1898 on blued paper but I haven't got any examples to show you, I'm afraid.

All will be revealed tomorrow. I'm going back to the fire now. Brr.