Skip to main content
on January 13, 2007
THE LION IN PHILATELY
Next up is New South Wales, although it should really have been North Borneo, with a lion on their early sets, but the ones I was looking for (with "postage" at the top) seem to be incredibly elusive. So I can't show you those.
Back to New South Wales then, and the 1d red of 1897. It shows a white shield with cross gules (heraldic word for a red shade), bearing four stars, as typical of the Southern Cross, and a Lion passant. 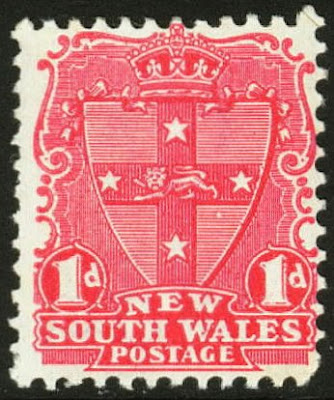 The stamp was re-engraved in 1905. The main features are the left pearl on the crown, which is more circular on Die II, the background lines are less dense on die II and the lower curve of the S of WALES is more open on die I. The new stamp also has a different watermark: Crown over A instead of Crown over NSW. 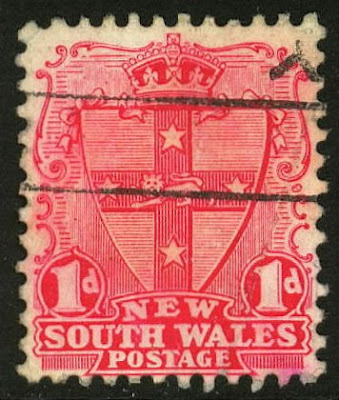