Skip to main content
on January 21, 2007
THE LION IN PHILATELY
We're gonna stay with the British Arms a bit longer, for not only did they appear on the GB stamps I showed you last time, they were also incorporated in the design of a few British Commonwealth countries. Like on these definitives from Antigua. The first set of 10 values was issued between 1903-1909, printed in letterpress by De La Rue on paper with watermark Crown CC. 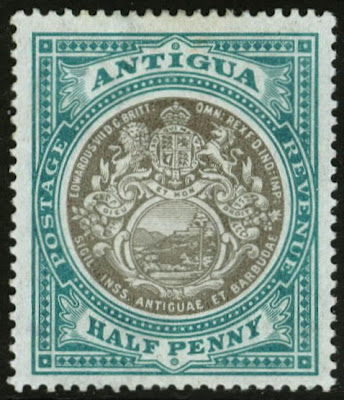 The set was re-issued on paper with watermark Crown CA from 1908-1917. The opportunity was then taken to re-issue a number of stamps in just the one colour. 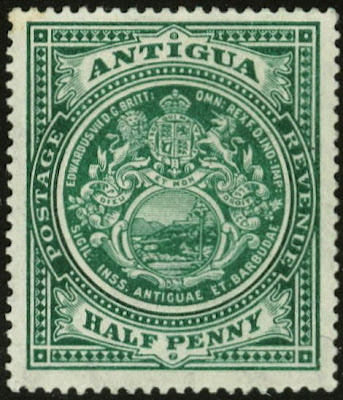 I suppose this was done for economy reasons. After all, you only need the one plate for monochrome stamps and more plates for multi-coloured stamps. That would explain why only the lower values (up to 2.5d) were re-issued in monochrome.
:-)
Adrian