Skip to main content
on February 09, 2007
IT'S A PUZZLEMENT!
Sorry, just seen "The King And I" for the umpteenth time yesterday so still a bit under a spell.... But it really is a puzzlement, these Netherlands Indies overprints! And I can't even find them in my catalogues, so if anyone knows a good reference book/catalogue, please tell me!
What we have here is stamps from the Netherlands Indies (the Kreisler set, named after its designer), with watermark, so it's the second set, issued in 1938. 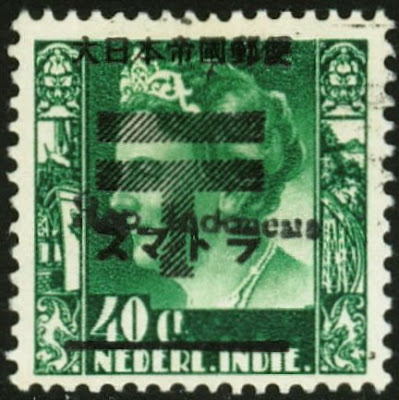 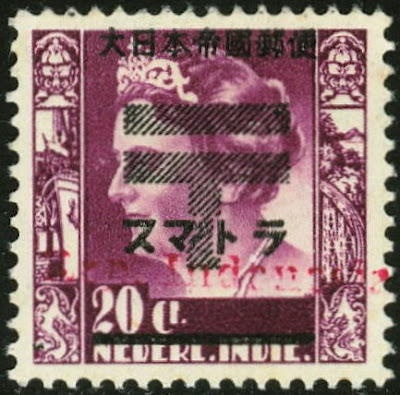 After the war, Dutch Rule was restored in some parts of the Netherlands Indies, but on Java, Madura and Sumatra an Indonesian Republic was declared and the Dutch never gained complete control again. In these areas, various stamps were overprinted with "REPOEBLIK INDONESIA". But the examples shown here have the overprint "Rep. Indonesia", and it's this overprint I can't find. 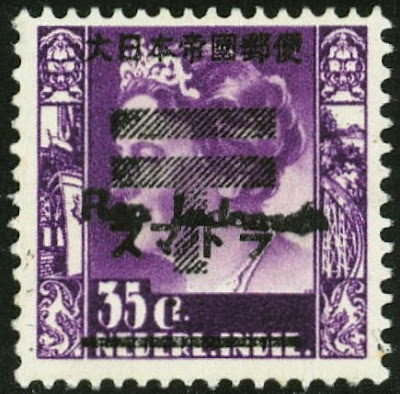 I know that many local overprints exist, both of the Japanese overprints and the later republic overprints, so I'm hoping to find information about these, for even the specialized SG catalogue states: these overprints are of great interest to specialists, but as they are of a local character, we do not list them. Sigh....
:-)
Adrian
Wilhelmina