Skip to main content
on February 07, 2007
MEMEL
The Silence after the Storm? Writer's Block? No, just work getting in the way of life, like it has an annoying habit to! But here I am again!
Ever heard of Memel? Well, apparently it is a seaport and district on the Baltic Sea. It used to be part of Germany, but after the Great War of 1914-18, it came under Allied Control. From, then (well, from 1920 to be precise) stamps from France and Germany were overprinted in various ways for use there. Among those were the Sower stamps that I collect which is why I can show you these! The overprints consist of the word MEMEL and a value in either Pfennig or Mark. 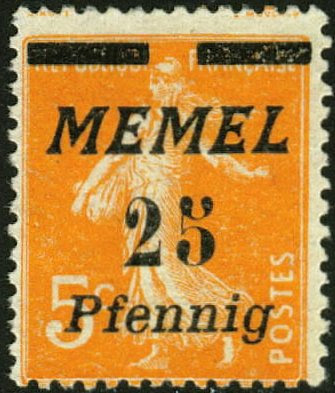 It's a bit of a mess, because from 1921 onwards, the surcharged stamps were surcharged even further but I'll show you these at a later date. In all, there are some 130 basic overprinted stamps to be collected! 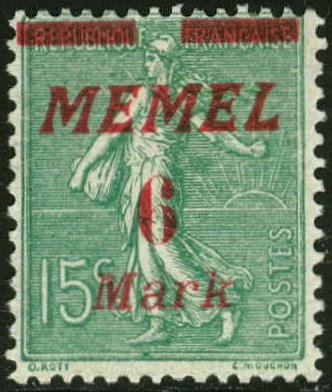 In 1923, Memel was captured and absorbed by Lithuania, and in 1939 it was returned to Germany. After World War II Memel became part of Lithuania, which it still is now.
:-)
Adrian
Germany