Skip to main content
on February 20, 2007
WHERE ON EARTH...
If there's one thing, philately is good for your knowledge of geography (or exposing your lack of). Have we only just found out where Memel is, only to find another mystery: Oltre Giuba. 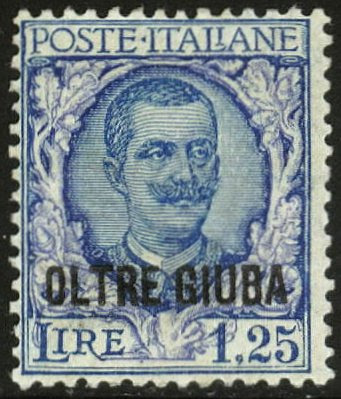 My Italian is not very good, but I think Oltre means something like "over", and indeed, Oltre Giuba appears to be Italian for Jubaland. Now that still doesn't really ring a bell, does it?! So here we go: Jubaland was a strip of territory from 50 to 100 miles wide on the Kenyan side of the Juba River (hence the "over" bit, as in Over the River Juba, I think). It was ceded by the British to Italy in 1924, in fulfilment of the secret Treaty of London, 1915, and was incorporated in Italian Somaliland. In 1925 and 1926, various Italian stamps were overprinted with the name of the territory, and among those were some values of the then current "La Floreale" definitives, which I collect. 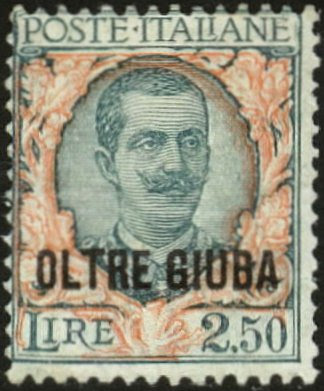 The examples shown here were issued in June 1926.
:-)
Adrian
Italy and Switzerland