Skip to main content
on April 25, 2007
MORE SILVER
Silver Jubilees are always a popular event for stamp issues. This one here marks the Silver Jubilee of King George V's reign, way back in 1935. I think I'm right in saying that this was the first omnibus set in the whole world. It was the first one in the British Commonwealth, I know that for sure. Some countries (like GB, Australia and Canada) used their own designs, but 44 colonies issued a set of four stamps with this design, portraying the king and Windsor Castle. 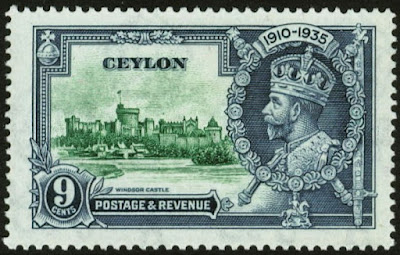 In order to keep the sets interesting, a total of seven different colour combinations were used. The top values of all sets were in black and purple. 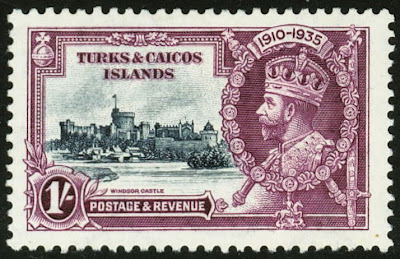 Recess-printing is a time-consuming job, so in order to have production finished in time for the Jubilee, the sets were printed by three leading stamp printers of the time; Bradbury, De La Rue and Waterlow. Each printer made their own plates and that means that plate flaws can be contributed to a specific printer. The most famous variety of them all is the double flagstaff variety on the Bradbury printings. 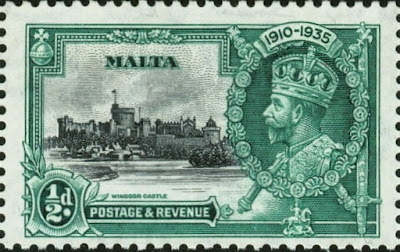 It can be found on almost all values of all sets. It is a quite spectacular flaw, but there's a whole army of smaller yet still interesting flaws to collect. Interested? Have a look at the websites mentioned on the left. You'll be busy for a long time, trying to find them all!
:-)
Adrian
British Commonwealth