Skip to main content
on May 06, 2007
HOUSE OF WINDSOR
Of course, at the time it was never meant to go that way, but the Canadian set celebrating the 1935 Silver Jubilee of King George V portrays all the monarchs up to now of the House of Windsor.
The name "House of Windsor" was established in 1917, when King George V thought it better to get rid of his German titles (House of Saxe-Coburg & Gotha). He is therefore the first monarch of the House of Windsor. As it was his jubilee which was celebrated, he takes pride of place with his wife, Queen Mary, on the 3c stamp. 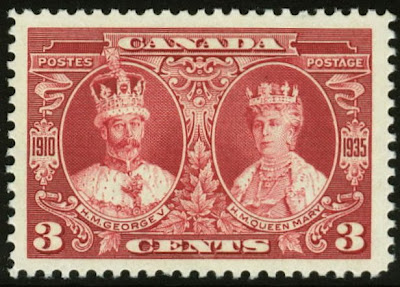 Apart from two pictorial stamps, the remainder of the set meant just to show his heir, his spare and his eldest grandchild. A family portrait if you like. And in the beginning all went well. The Prince of Wales, George's heir, became King Edward VIII in 1936, after George died. 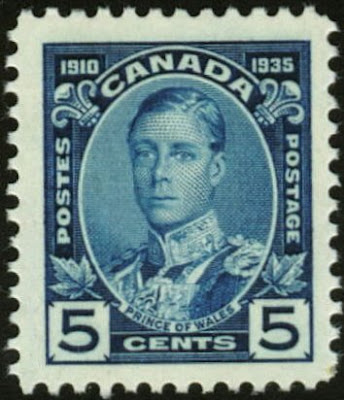 But Edward was in love with a twice-divorced American, Wallis Simpson. He eventually had to choose between her and the crown and chose her. So later in 1936 (the year of the three kings), he abdicated and his brother, the Duke of York, became King George VI. 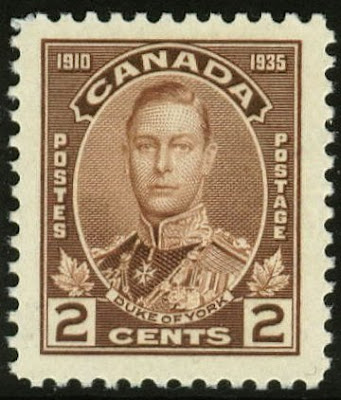 He smoked too much and died rather prematurely, which meant that in 1952, a young Princess Elizabeth became Queen Elizabeth (either I or II, depending whether you're Scottish or not, but that may be a nice entry for some other day... 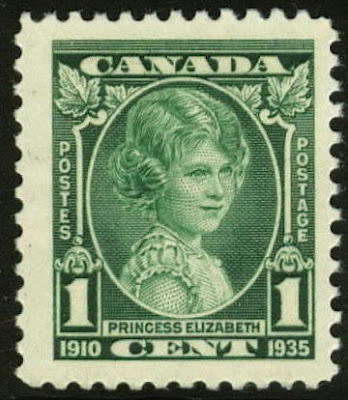