Skip to main content
on June 17, 2007
FORGERY
I managed to lay my hands on this forgery of the 2g50 value of the "Young Princess" definitives of the Netherlands. 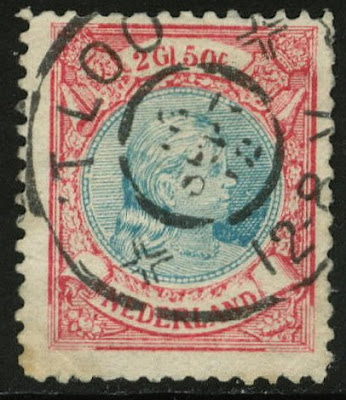 It's quite obviously a forgery, just compare the portrait with that of the real thing. 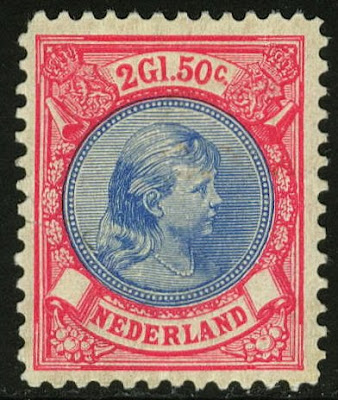 What I wasn't sure about (nor was the seller) was whether the cancellation was real or also a fake. So I had a little browse on the internet and found a list of all large circular cancels used in the Netherlands. From that list it became clear that the post office in question would have used the cancel "APELDOORN (LOO)" from 1896, and the cancel "APELDOORN (HET LOO)" from 1903 onwards. Conclusion: the cancel " 'T LOO " does not exist. The cancel was probably faked to make the item more interesting; "Het Loo" being one of the royal palaces where Wilhelmina grew up.
Now all I want to know is whether this was a proper forgery (as in to wriggle unsuspecting stamp collectors out of their money) or whether it was just a fun imitation. Any thoughts on that anyone?
:-)
Adrian
Wilhelmina