Skip to main content
on June 07, 2007
THE GOOD OLD DAYS
When you're collecting a certain definitive set, it's always nice to be able to include postal stationery with stamp images from that set. Most times, however, the image on that postal stationery will be very much like the stamp itself. But way back in the old days, things were done differently. Have a look at this letter card. 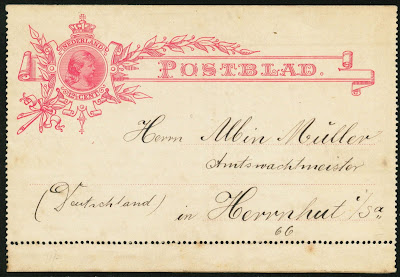 It was issued in 1896 to accompany the "Young Princess" definitives of the Netherlands. 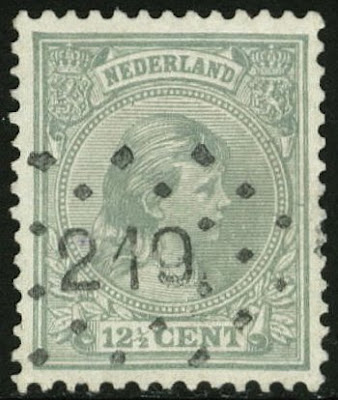 As you can see, the same portrait was used, linking it to the set, but a very elaborate surround was created, giving the letter card a character of its own. Lovely, isn't it?!
:-)
Adrian
Wilhelmina