The overprints used on Celebes are completely different, they consist of an anchor plus text. Again, many varieties exist. Here are some examples that I have: 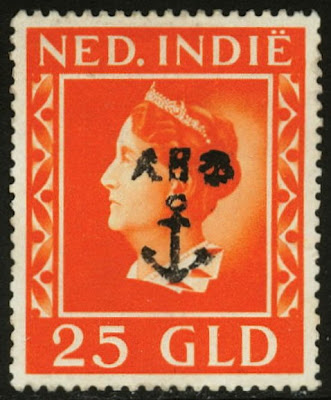 Small anchor, applied in Makasar and Menado, used on Celebes. 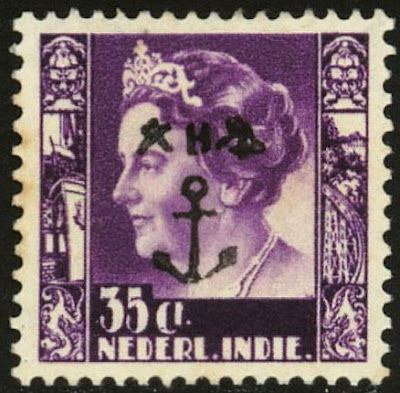 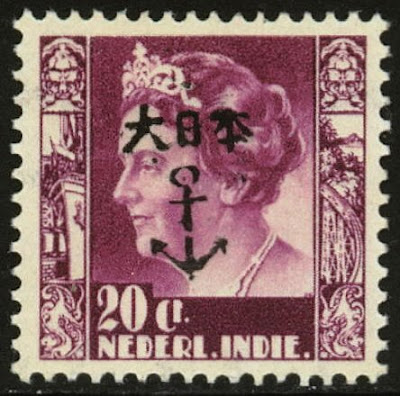 Small anchor (strong dai (1st) character), used on South Celebes.
These were a very hard group to sort, I must admit, with umpteen varieties like the ones described above. Glad I've finished it all now! All that's left is the republican overprints of the Japanese overprints, but that's for next time!