Skip to main content
on July 11, 2007
INTRIGUING
I was sorting my enormous Armenia collection the other day (consisting of at least three stamps) and came across these: 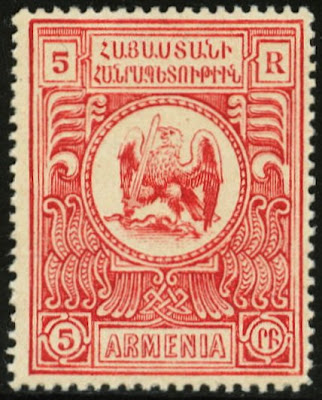 Apparently these stamps (in three designs) were ordered in Paris by the Armenian National Government in the early 1920s. However, they were never issued because by the time they were ready, Armenia was annexed by the Bolshevists. These were to have been Armenia's first proper stamps, because up til then, overprinted stamps from Russia were used. But as it stood, Armenia had to wait until 1922 before proper stamps were issued. They were then part of the Soviet Republic. Some issues followed when they were part of the Transcaucasian Federation, in 1923. Then silence until 1992 when Armenia became an independent republic.
Adrian
Russia