Skip to main content
on August 19, 2007
NICE ONE!
The Americans know how to make definitives. I've always been fond of their "Great Americans" set and the accompanying "Transport" set, but I've recently rediscovered a more recent set. I don't know if it has a name, but the stamps depict all sorts of American artefacts from not too long ago. Here's a few. 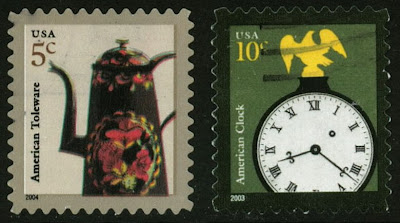 And these are my favourites. I especially like the Tiffany lamp! 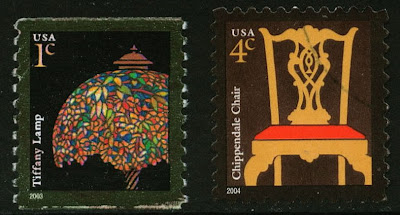 Our friend Paula, who lives in the US, has been sending me stamps ever since she found out I collect them (thank you, dear!). We received another letter from her yesterday, and it had a value on the envelope which I did not have yet and which I like very much. 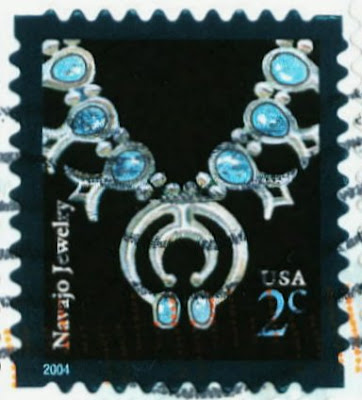 I just had a look at the US Post website and noticed that there's one more value to complete the set, a 3c with a silver coffee pot on. It's a bit of a shame, though, that they're self-adhesive (apart from the 1c value). This makes 'em so hard to collect as mint singles! Used copies always look pristine though, so that's a bonus!
:-)
Adrian
United States