Skip to main content
on September 10, 2007
COLOUR ME HAPPY
The first Wilhelmina issue of the Netherlands Indies (1892) was based on the previous Willem III issues, with his portrait replaced by hers. The definitive Proof Catalogue only mentions proofs of the highest value though. That could be because Wilhelmina's portrait used was the same for the Netherlands and overseas territories. So basically all proofs with the portrait were done for the Dutch stamps. I also believe that most colours used were similar to the previous set so that is the probably the reason why no colour proofs were made either. So that leaves us with just the highest value which was indeed issued in different colours. 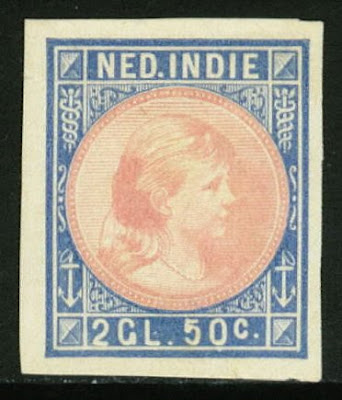 The catalogue states that proof printings were made for 19 different colour combinations. The one shown above has a pink centre and blue frame. The second one I managed to lay my hands on the other day has a light brown centre and green frame. 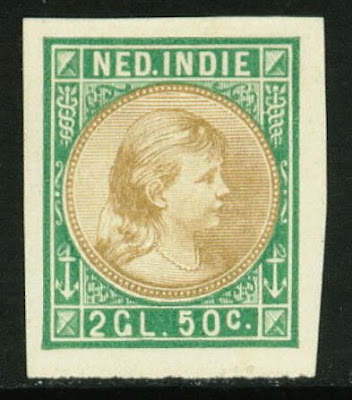 Eventually, the colour combination chosen was a blue centre and red-brown frame, but I haven't got a copy so I can't show you that!
:-)
Adrian
Wilhelmina