Skip to main content
on September 02, 2007
COLOURFUL
The strange thing about the Juliana definitives in the Netherlands Antilles is, that the old design of the 1950 En Face definitives was used once again in 1979, even though they had been replaced in the 1950s by the Disberg definitives I showed you yesterday. The stamps were only released in booklets.

I quite like the bright colours of them (they do look better in real life, though). 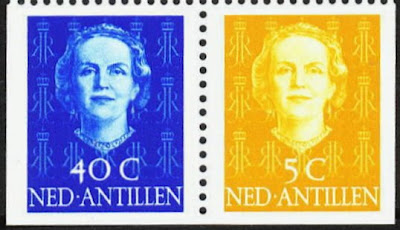