Skip to main content
on September 13, 2007
ZIEHER
In the early 1900s a certain Ottmar Zieher produced dozens if not hundreds of philatelic postcards. They were all based on the same idea: the then current definitive set of a certain country was depicted, together with the arms of that country. 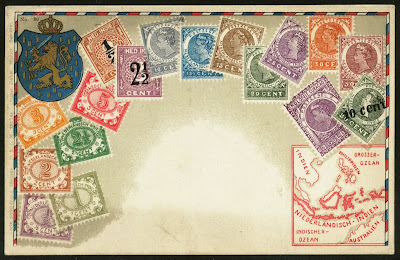 Nowadays, they are still quite popular and eagerly sought, with some of them fetching high prices. They are a nice way to spice up any definitive collection.
By the way, did you notice anything wrong with the card shown above? No? Have another look. All right, I'll give you a clue. 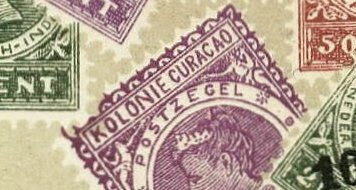 That's right, among all the Netherlands Indies stamps is one Curaçao stamp! And Curaçao is nowhere near the Netherlands Indies! Now I can understand if a photographic image of the stamps had been made that this one could have slipped through, but as each and every single stamp on the card is individually designed and drawn, someone must/should have noticed! Or did dumbing down really start in the early 1900s?
:-)
Adrian
Wilhelmina