Skip to main content
on October 13, 2007
BLUE
The NVPH (Dutch Association of Stamp Dealers) not only publish the annual Dutch catalogues, they've also started issuing so-called blueprints of famous Dutch stamps. This all started in 2004, and by now, five different have been produced. They are usually given away free with the catalogue the NVPH produce. They are limited editions, with production of 18,000 to 47,000 prints. This is the only one I have, it was part of the 2008 special catalogue. It harks back to this year, 2007, which is Michiel de Ruyter's year. 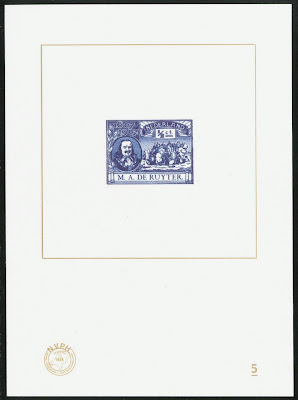 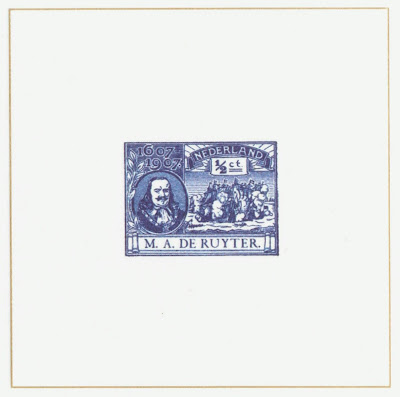 (detail)
You could say it's rather gimmicky but they are very carefully and nicely produced and since they don't cost anything, they're a nice addition to a stamp collection, I think. Pity they don't have a Wilhelmina blueprint yet!
:-)
Adrian
Benelux