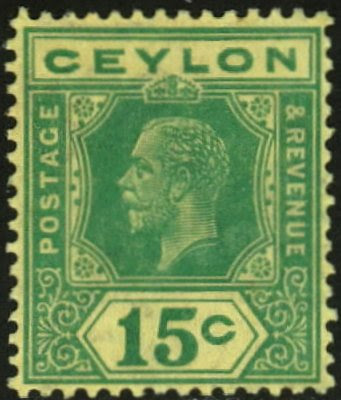 Many of the definitives issued in the Georgian reign were the same for many colonies. As most stamps were printed by De La Rue, they devised so-called key plates (to be precise, they did that in the Victorian age). These are printing plates of the design of the stamp without country name and value. These plates could therefore be used for all colonies and all values. Much cheaper than having to make complete plates for all different stamps. It did mean however that for every stamp, two plates were needed. The second plate, the duty plate, was made up of the country name and the value. Registration of the two plates was vital, and as you can see from the image below, the country name had a tendency to float a little. 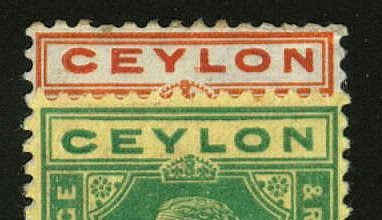 This Ceylon set is out of the ordinary in that some values were (also) printed with single printing plates. These can be identified because they have a large C of cent. See the 5c below. 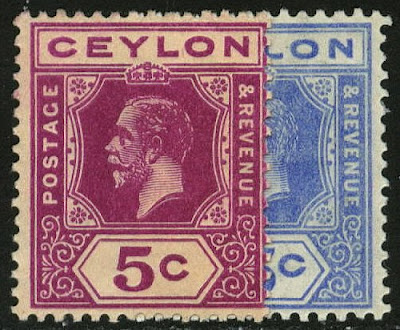 Such a humble stamp, so many things to look out for!
:-)
Adrian
British Commonwealth