Skip to main content
on December 04, 2007
SPREAD YOUR WINGS
I know I always go on about definitives, but they're just so great! For one, you can chart a country's history much better than you can with all those special stamps. See how empires spread their wings. Take a look at these for example. 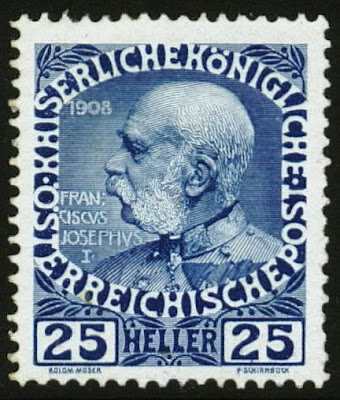 Officially this is a set commemorating the 60th anniversary of the Austrian Emperor's Accession, issued in 1908, but the stamps were used as definitives too. This copy here is a heller value, used in Austria. But the same set was also introduced with values in Turkish paras. 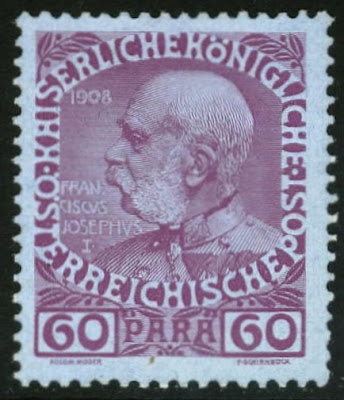 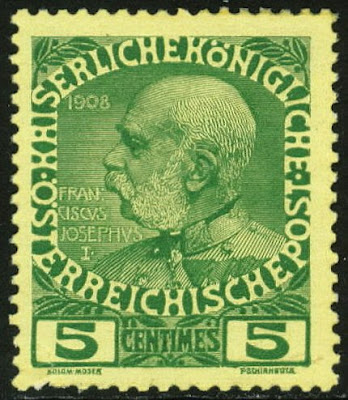 These were usually described as for the Post Offices in Crete, but you do find them in other parts of the Turkish Empire too. Why French? Well, the Austrian post offices in Crete were run together with the French postal authorities who had already established their post offices on the island. And when we enter Crete we find lots of various foreign post offices with various currencies about. But I haven't delved into that yet...
So yes, I repeat once again: who dare say that definitives are boring!
:-)
Adrian
Austria and Hungary