Skip to main content
on December 27, 2007
WHAT'S IN AN E
The territory of Belize had been a subject of dispute between the Spanish and the British for a long time when in 1798 the decisive "Battle of St. George's Caye" took place which made Belize (then known as British Honduras) British. Some fifty odd years later, on 10 January 1949 to be precise, a stamp set was issued to commemorate the battle. The stamps were designed and printed in recess by Waterlow. Just why the caye lost it's e on the designs I have no idea. There are two designs, the first three values show the Island of St George's Caye 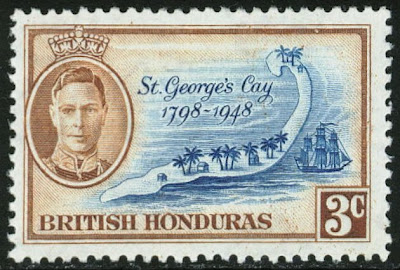 and the top three values show HMS Merlin, on which the British came with their supplies to fight the battle. 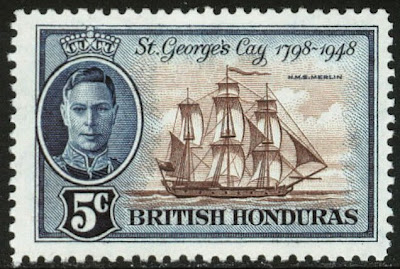 This latter design in particular I find an absolute beauty.
:-)
Adrian
British Commonwealth