Skip to main content
on June 07, 2008
CELESTIAL MATTERS, PART TWO
Yes, we're staying a little longer with religious buildings, but we're moving away from Britain and its cathedrals to Italy and its chapels! The Capella Sistina (or Sistine Chapel) to be precise, and the works of Michelangelo.
Now Italy knows a thing or two about producing definitive sets, and this one, from 1961, is no exception. A beautifully produced set of stamps depicting various frescoes on the ceiling of that chapel. 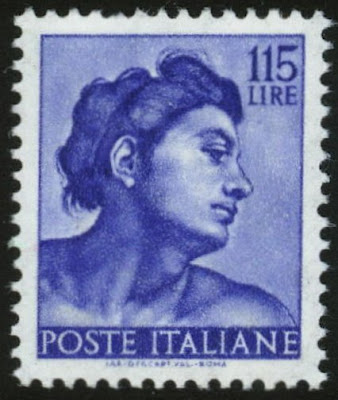 The four examples shown here all show the Ignudi, the 20 naked male models in the four corners of the five Creation scenes, causing quite a stir when first revealed! Although I think art or paintings on stamps is usually a recipe for disaster, here it works wonderfully well, as it's not so much "the work of art" as central concept, but the set is basically made as a portrait gallery. Douze points! 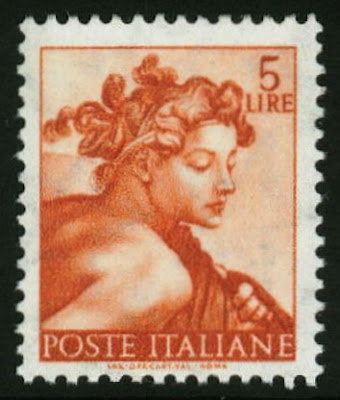 I'm normally a fan of recess-printed stamps, but I find that in this case the process does not do justice to the subject. The 150 lire is a good example of this. 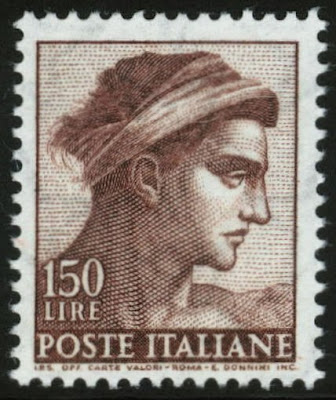 The other three stamps shown here are of a much softer ilk and portray the figures so much better, I think. 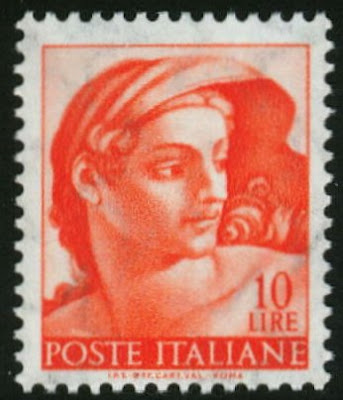 The only two recess-printed stamp that do work well are the two top values, depicting Adam and Eve. These are of a larger format, which may have helped. I haven't scanned those yet, though, so I'll show those at a later date. The set is nice and cheap and therefore a good way to get some beautiful art in your collection!
:-)
Adrian
Italy and Switzerland