Skip to main content
on June 13, 2008
HAPPY MEMORIES
I've always had a soft spot for royalty on stamps, and quite like the concept of this 1949 Portuguese set. It is centred around the "House of Aviz", and depicts not only King Joao I, 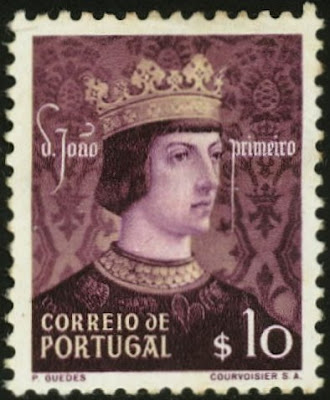 but also his spouse, Queen Philippa of Lancaster, 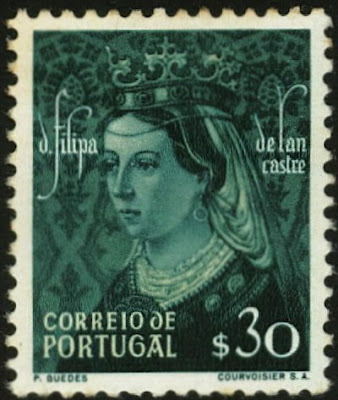 and various other prominent figures of the era, such as the general and protector of the Kingdom, Nuna Alvares, 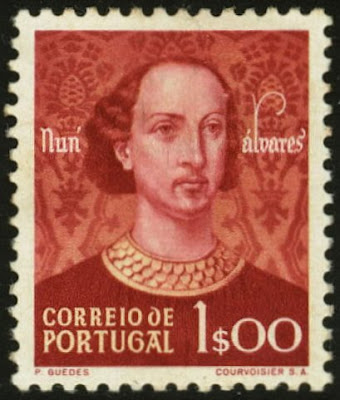 and Joao das Regras, a jurist who gained fame for supporting the claims of Joao I to the Portuguese thrown, after years of civil unrest without royal rule. 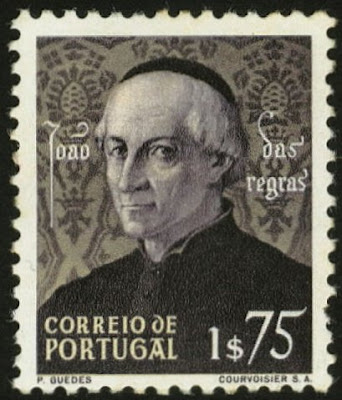