Skip to main content
on June 17, 2008
NEW CLOTHES
I've said it before that I quite like postal stationery as complementary items to any definitive collection, but sometimes they're even more interesting than usual. Take this one for example. 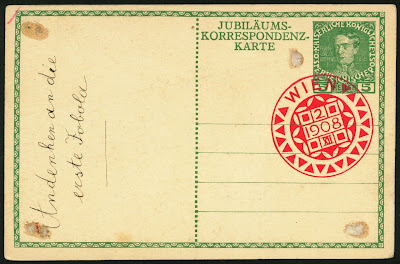 It's a special jubilee card for the 60th anniversary of the accession of Emperor Franz Joseph of Austria, issued in 1908. Now most post cards and other stationery just depict the sheet stamp which prepays that particular rate, but on this one, some more attention was paid to the whole concept. Let's have a closer look at the imprinted stamp image. 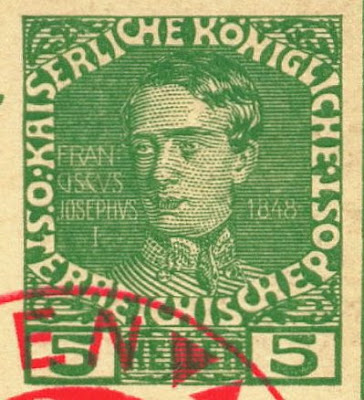 And now let's have a look at the ordinary 5 heller sheet stamp. 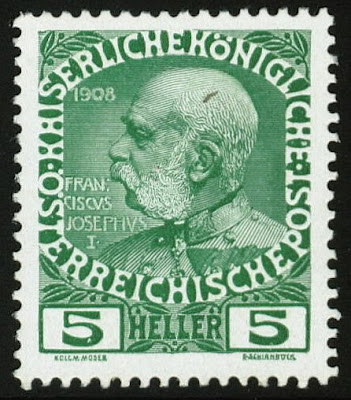 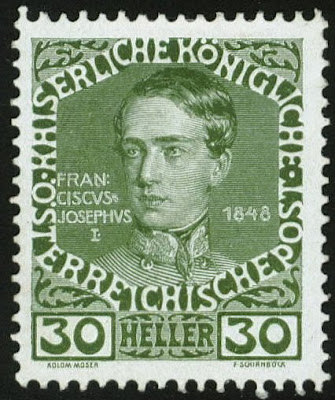