Skip to main content
on July 24, 2008
REFRESHING
Ships on stamps is a very popular thematic theme. And rightly so, for there are endless possibilities and stories attached to ships on stamps. I always quite like sailing ships on stamps, they appeal very much to my romantic side, and that goes especially for older ships.
In 1958, Greece issued a set of ship stamps in honour of the Greek merchant navy. Six stamps in all, of which four depicted sailing ships. They were the first Greek stamps to be produced in four-colour printing. The 2d depicts a Byzantine galley, 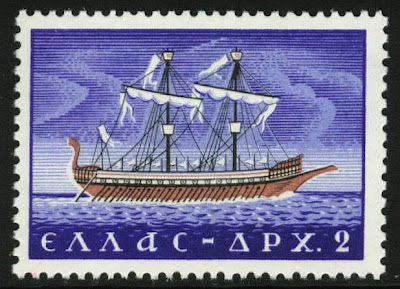 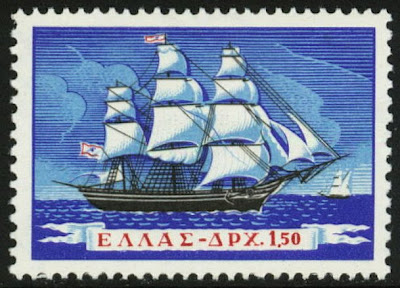 It depicts the 1821 vessel called Nova. I tried to find some information on it (well, only for a couple of minutes, mind) but Nova is such a general word that I did not succeed in finding one website which might have anything to do with the ship. Oh well.....
:-)
Adrian
Balkans