Skip to main content
on July 21, 2008
TOLD YOU SO
I was sorting my V stamps last night and when I came to the Vatican City, I was pleasantly surprised to find a set in the envelope that I had been hoping to add to my collection! It is the 1964 set of five commemorating the 400th death anniversary of Michelangelo. I need that one because it goes with the Michelangelo definitives of Italy which I have shown you before. The great thing of this Vatican set is that it shows the same portraits as on the definitives. Here for example we have the prophet Isaiah 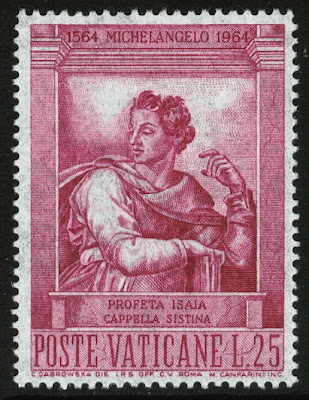 and here is his definitive counterpart. 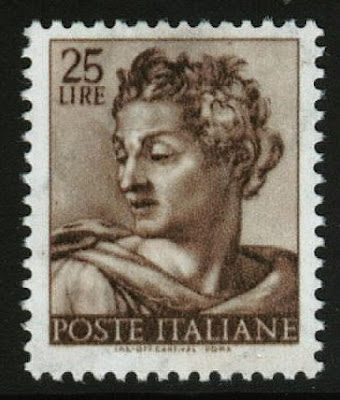 I think the Vatican set a very stylish one, unlike so many others they produce. Here are the other two prophets depicted on the Vatican stamps, Joel and Jeremiah, 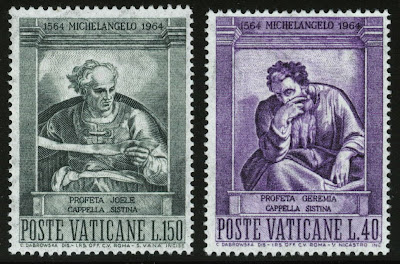 and their definitive cousins. 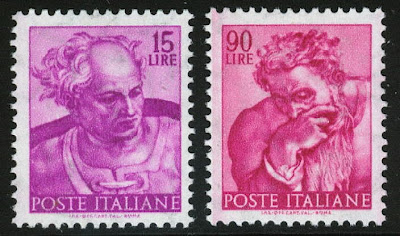 It's great to see that the same concept works well on both commemoratives and definitives. The commemoratives give the possibility to elaborate a bit on the portrait idea, by showing more and having a "fancy" frame, whereas just depicting the portraits gives the definitives a very classic feel. Well done!
:-)
Adrian
Italy and Switzerland