Skip to main content
on August 13, 2008
ANOTHER ONE BITES THE DUST
I've shown you some Austrian Jubilee items before, which you will find under the Austria link on the left somewhere. The general idea is that an enormous jubilee set was issued in 1908 with lots of imperial portraits. For the various postal stationery however, it seemed that only the recent portrait of Franz Joseph was used (with one expection being the special 1908 jubilee postcard). I have now found another item that backs up that theory. 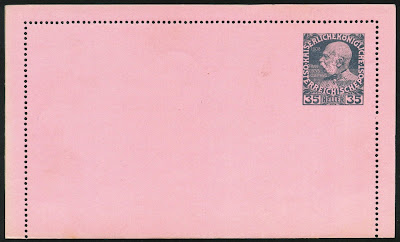 It is a letter card with a 35 heller stamp imprinted. As you can see from the close up, it is the portrait of the emperor as he looked then. 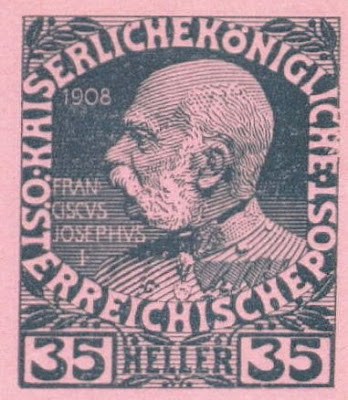 The ordinary sheet stamp does show the emperor too, but an earlier portrait was used, from 1878 rather than 1908. Interesting! 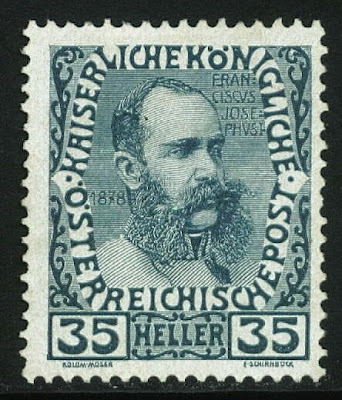 By the way, note that the 35 heller sheet stamp has a variety, which changed the emperor's name from Franciscus to Eranciscus.
:-)
Adrian
Austria and Hungary