Skip to main content
on October 19, 2008
GET A GRIP
Well, you know me... or maybe you don't, but then now you do. I like to question what I'm doing rather (too) often. Having just started on my Peacemaking stuff, I dream of chucking all that and opting for something completely different! I know myself well enough not to act on these thoughts as within a week it will be the reverse again. So, don't worry (or do worry, whatever may be the case), I won't give up my peacemaking yet!
But I was just wondering, wouldn't it be great to start a collection of overprints! After all, the overprinted stamps are an interesting part of philately, and always have a story to tell. They're either commemorative, marking certain events, or they mark the change in postal rates, the so-called provisionals, or they chart a country's territorial activities, to put it nicely....
What you could do is start with the basic stamp, like this 1930 Italian air mail stamp. 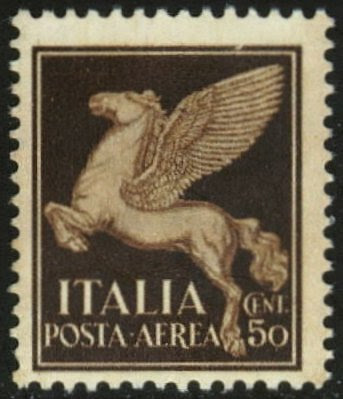 In a very short time I managed to find all sorts of overprints on that very stamp. Like this one here. 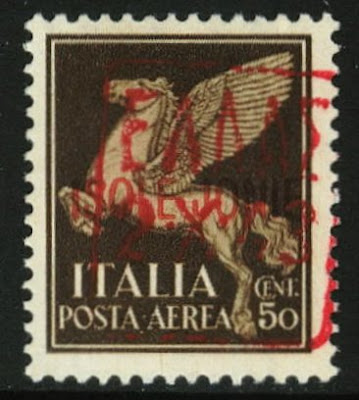 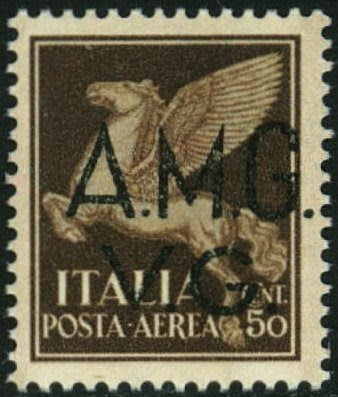 The basic stamp was also overprinted by the allied forces in 1945. The AMG-VG overprint stands for Allied Military Government - Venezia Giulia.
And then we have this stamp here, with an UPHATOPA overprint. 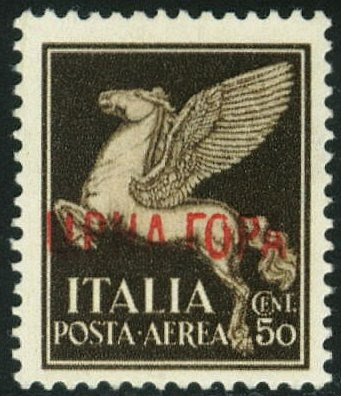 This one was issued by the Italians in 1941 after they had occupied Montenegro.
So you see, just a random example of one stamp with various overprints and you have an interesting story. I might well give this some more thought!
:-)
Adrian
PS: Wasn't it you, Eric, who also collected overprinted stamps? How do you go about it?
Italy and Switzerland