Skip to main content
on October 06, 2008
ITALIANS WANTED
Have you ever seen one of these? 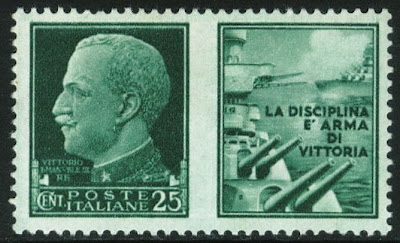 They are a 1942 adaptation of this stamp 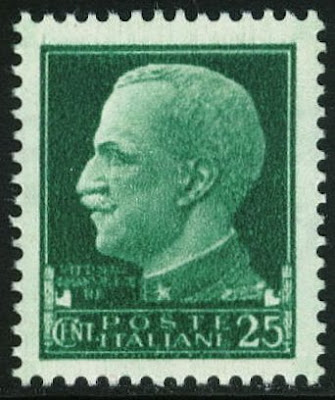 from the 1929 Imperiale definitive set. They are a war propaganda set, with various slogans regarding the imminent victory of the Italians. Now, my Italian is not that good, and the translations given to me by translating software are sometimes too puzzling, but I suppose the top label says something like: "The discipline and weapons of victory". There are four different labels, for the Navy, Army, Air Force and Militia. 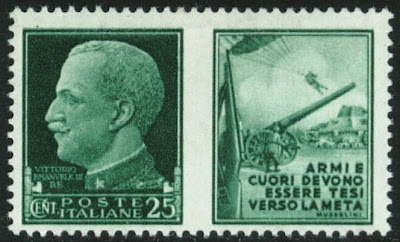 This one is also a bit tricky, but I think it says something like "The army and hearts should be geared towards the final goal", or whatever. If any of you know a bit more Italian, I'd love to get a better translation of them. The final two say: "Tutto e tutti per la vittoria" (Everything and everyone for victory) and "La vittoria sara' del tripartito" (The Tripartite will be victorious). Oh and while were at it, my dear Italian readers: does "vinceremo" mean "we will win"?
:-)
Adrian
Italy and Switzerland

Pablo (yo) said…
Hi Adrian,
the translations are right, except the first one: "La disciplina é arma di vittoria" means "The discipline is a weapon of victory".