Skip to main content
on February 28, 2009
Stampex
Hi all, I'm back from London! "Had" to go to Stampex to meet my lords and masters and had a great day. And I didn't even have to bust the bank! Or would that then count as not such a great day?!
One of the pros of going to Stampex is the free limited edition postcard you get with your catalogue. This year the card depicts designs of the 1979 Welsh Assembly issue, with artwork by Jeffery Matthews. 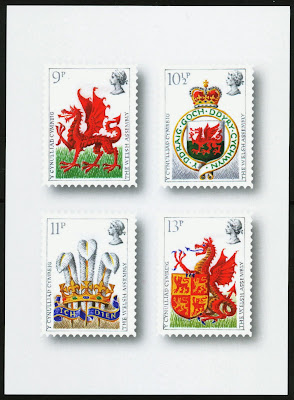 Yes, I see you leafing frantically through your GB catalogue, and getting more and more puzzled by the minute. But you're right, there is no 1979 Welsh Assembly issue. The thing is, that the Labour government of the day promised to work on devolution for both Wales and Scotland. A referendum was held and, lo and behold, the Welsh voted against devolution at a ratio of 4 to 1. Mr Matthews could therefore cease working on his stamps immediately as there would be no Welsh Assembly!
:-)
Adrian
PS: The Scots, of course, voted in favour, but unionists had amended the devolution act in such a way that on top of a simple majority in favour of devolution, 40% of the electorate had to be in favour of devolution. The Scots missed that second target by a whisker.
PS2: Stampex is still on, today and tomorrow, so if you're in or near London, you could go and get your own card!
British Commonwealth