Skip to main content
on June 04, 2009
Cinderella
I know that some people frown upon these and regard them as uninteresting labels to stick on your envelope, but I've always liked them, especially when they come with a certain set I'm collecting. That's why I was very happy to stumble upon a set of Voortrekker labels. 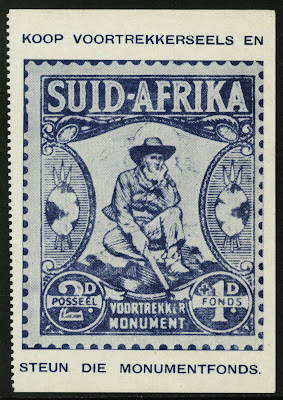 These were issued in 1933 to promote the sale of the Voortrekker stamps. Those stamps were issued with a surcharge to raise money for the erection of the Voortrekker Monument (which was eventually opened in 1949), the voortrekkers being the Dutch Boers who left their British occupied lands behind, went inland and eventually founded a number of independent Boer republics. Here is one of the three stamps. 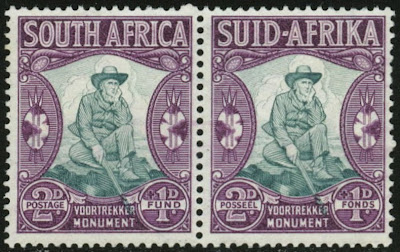 As was the case in those days, stamps were often issued in bilingual pairs. Later issues would have both languages on just the one stamp. Seeing that the stamps were sold with a surcharge, they're also called semi-postals, which I believe stems from the time that these "charity stamps" were hardly regarded as proper postage stamps and were in many cases even barred from catalogue entry!
:-)
Adrian
British Commonwealth