Skip to main content
on June 25, 2009
Full circle
Well, almost anyway. As happens so often, I think I'd like to change my collecting habits, only to find that in the end I end up with what I was already doing. Because, let's face it, after so many years of collecting one might sort of already know what to do. And that's how I went from expanding to all of Europe 1900-1950 (I even got myself some new Andorra stamps as I had started mounting there) 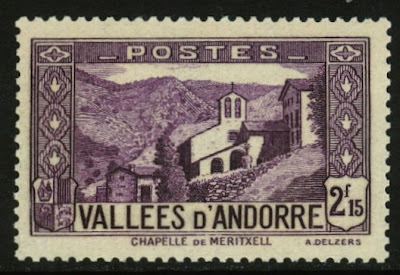 to all of Europe to all world to all world and all world used (thanks/due to Keijo). But when I received an e-mail from this American guy who gladly offered me his heaps of low value stamps, I suddenly remembered that I was so glad to be rid of all of that, so out of the window went the idea of used collections, to be followed by all world and all of Europe.
So now I'm basically back to where I started: Wilhelmina and European definitives between 1900 and 1950, and apart from that I mount everything that I have written articles on, so that's still plenty to do! I'm rather content, although the idea of a fully mounted collection of Europe (either up to 1950, 1965 or everything) is still slightly tempting. So I'll give that a bit more thought.
But having come back to my European definitives, I was very happy to come across this Swiss postcard which is an adaptation of the Helvetia with Sword stamps which forms a part of my European Definitives collection. 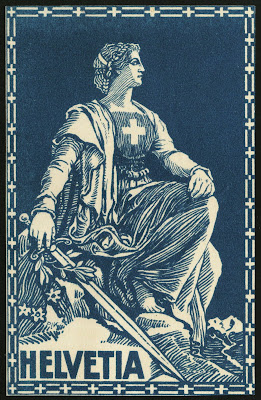