Skip to main content
on July 12, 2009
Vienna Printings
A rather peculiar episode in the postal history of the Netherlands Indies/Indonesia is that of the Vienna Printings. Much has been written about them, and much of that is contradictory. I'm no expert so please don't take it that the following is the one and only true version, it is just a summary of what I have happened to read about it. Any more conclusive information is always welcome!
I believe the stamps were made in 1948. The origin has something to do with the Indonesian authorities in the US and US stamp dealer Stolow. It may well be that the set was mainly made as a means of propaganada, just like the Infamy stamp I showed you ages ago. Now it is said that not all stamps were printed in Vienna, but some were made in the US, even though (as far as I know) it does say Vienna on all stamps, well, on all my copies anyway.
There are a lot of different mini sets, if you like, starting off with the Repoeblik postage stamps, airmail, express and postage dues (my favourites, an absolute beautiful stamp!). 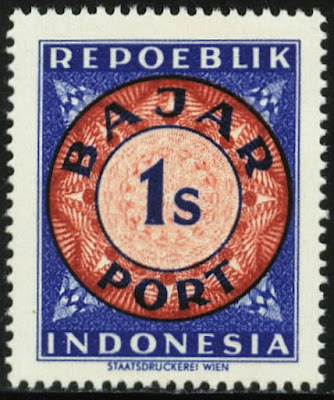 Then a similar lot but now inscribed Republik. 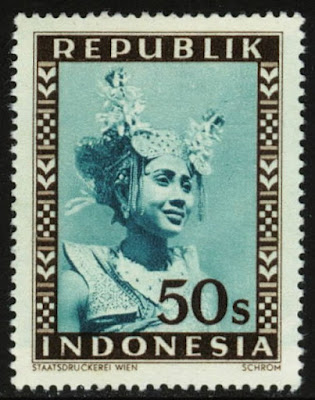 Then both lots overprinted RESMI, which means official (stamp). 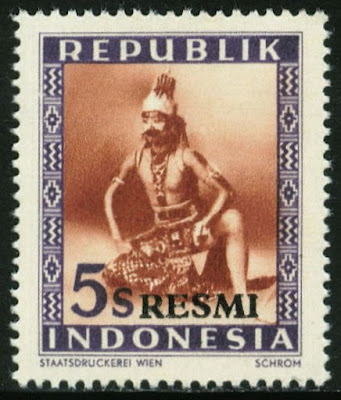 Stamps from all aforementioned groups may then also be found with the overprint "Merdeka Djokjakarta 6 Djuli 1949", referring to the independence (merdeka) of Yogyakarta. 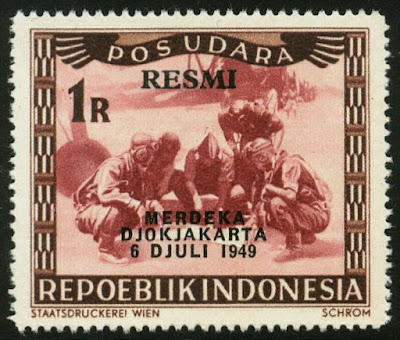 Although the stamps look perfectly bogus, it has been said that the stamps have actually been for sale in Indonesia, albeit for just a very short while. A naval blockade by the Dutch made distribution well nigh impossible. Most used stamps and stamps on cover eminate from the US, with a lot of fabrications and mail sent outwith the normal postal system.
The conclusion therefore seems to be that even though there is a lot of bogus material around, the stampos themselves may have had a proper postal function, albeit for a very very short while.
:-)
Adrian

You really seem to be a stamp lover. I am collecting them only for a few month... I try to acquire more, little by little. If you want to complete your collection, check this website where you can buy and sell your stamps.

It works quite good for me... I hope you will enjoy it.

Adrian said…
Hi David, and welcome to the collectors club!
Yes, I've had a look at their website and have heard many positive things about them. I haven't yet actually dealt with them, as I'm still quite happy dealing on ebay, but they're supposed to be very good!
July 15, 2009 8:56 am