Skip to main content
on August 15, 2009
Design
I've been on the lookout for a long time but I've finally managed to lay my hands on this postcard. 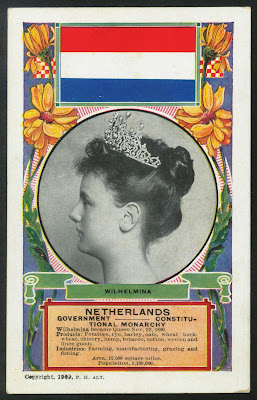 What's so special about it? Well, it's not so much the card itself but the photograph of Queen Wilhelmina. You see, this is the actual photograph that was used to design the Bontkraag definitives of 1899! 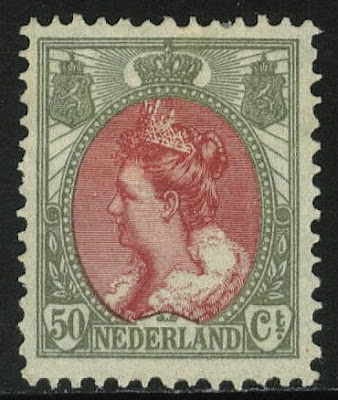 At first a bareheaded portrait was used, but when it became clear that this would not be acceptable to the overseas territories, even though the actual frame would include a crown above the queen's head, a new photograph was made and the whole design process had to start again, which is also one of the reasons the set was only introduced in August 1899, rather than in September 1898, in time for the Queen's inauguration. The 1g high value was the only stamp to be issued in 1898, and had since become known as the Coronation stamp.
:-)
Adrian
Wilhelmina