Skip to main content
on March 22, 2010
Aviation
Blimey! It's coming up to two month since I last wrote something here! I wouldn't be surprised if you've all deservedly deserted me in droves! But please do come back as I will promise to mend my ways! It's just that sometimes life gets in the way of stamp collecting, and nowadays even my work for the various stamp magazines gets in the way of updating my blog!
I'm actually reorganising my general world collection. Until now I had that stacked away in stockbooks, in alphabetical order, hoping to one day have enough time and courage to properly mount everything I have. I've made a number of starts doing just that, but every time I'm disappointed with the results. I think I have come to the conclusion that I like stamp books rather than binders with loose leaves. And so I'm now putting them in those same stockbooks again, but this time with a better page layout, a strip with info on the top and grouped together in regions. I'm doing about ten pages a day and it's going great! Right now I'm in the Balkans, in Rumania to be precise. It's great to handle all my stamps once again and reacquaint with forgotten items and enjoy the beauty of them! Here's a few I've handled last night.
Aviation was very big in the Rumania of the 1920s and 1930s. I've read somewhere that in those years some 2000 planes were manufactured there, which seems guite a lot for those days! On an airmail set of 1928, we find the Blériot SPAD S.33 Biplane, which by the way, is not a Rumanian but a French plane. 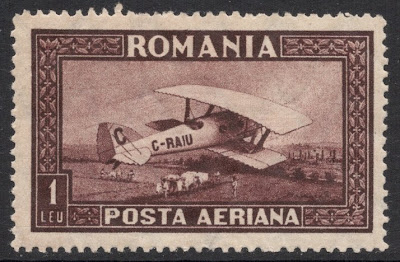 Blériot and SPAD had merged and come up with this biplane, of which some 40+ were built. The plane was used by Franco-Roumaine for routes on the European continent.
The 1931 airmail set depicts various planes over Rumanian landscapes. The only value I have, the 3l carmine, depicts a biplane (in the background) and a Farman F.300. 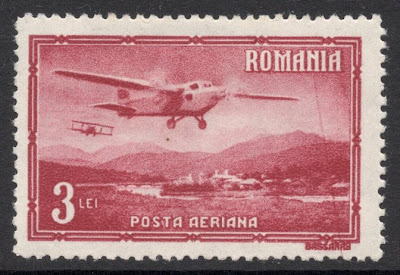 Again, this is a French plane, built in the early 1930s. This F.300 type is a prototype of which only one was made. It was used by Farman's own airline.
Funding of all the Rumanian airmail activities was partially done by a postal tax. Special Aviation Fund stamps were introduced in 1931. They had to be used in combination with ordinary postage stamps. The very first types were meant for voluntary use, but within a year it had become an obligatory thing. 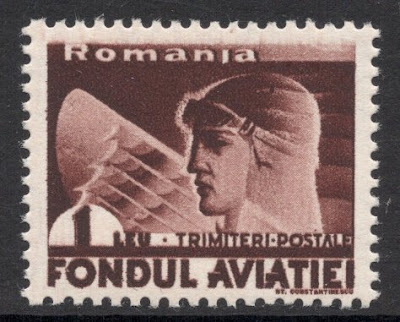 The stamp I'm showing you here was issued in 1936, and is quite a beauty I think.
:-)
Adrian
Balkans

Pablo (yo) said…
Would you have an image of a completed page of your stockbooks? I'm still not decided about how to organize my collection....
March 22, 2010 7:53 pm

toon said…
Adrian, I am a daily visitor of your weblog and I was wondering for some time what was going on with you. I am glad that everything turned out to be fine again. Looking forward to new stuff. Good luck!
Toon
March 22, 2010 9:09 pm

Adrian said…
Hi Toon,
you must have had a pretty boring time, constantly checking to see whether I had written something new! Thanks for sticking by me and I hope not to leave you as long in suspense as I have done lately!
March 22, 2010 9:51 pm

keijo said…
I had always wondered about Romanian "airtax" stamps, and your post definitely explains a lot why they were issued. 2000 planes sound insanely huge.

nnnnnn said…
Adrian, Hi.. good to see you back.. I have been pretty tardy myself.. recently started a new role in Hong Kong after a few weeks consulting in Manila ( where by the way I picked up some Bird stamps for you.. do you still collect them..I'll mail when get a chance)

Great aviation related stamps you showed.. as you can imagine I really enjoyed seeing them ...