Skip to main content
on September 15, 2010
The Hammer
I recently joined the Cinderella Club, because I thought I might find / learn about some nice items for my Peacemaking collection. That's why I also joined their WW1 packet. And I must say I'm very pleased with the first packet I received for it had some nice cinderella depicting Bismarck. 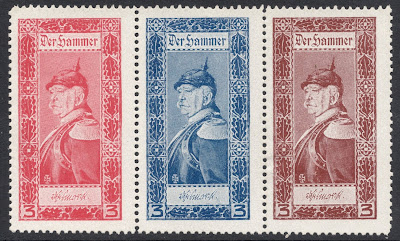 Bismarck is named "The Hammer" on these stamps, and that seems a very fitting name for him. Bismarck, according to the French foreign ministry at the time, was reponsible for creating a militarized Germany, a "formidable machine of war", a country without scruples. He created this for his "employer" Prussia, which was described as an "army with a country". 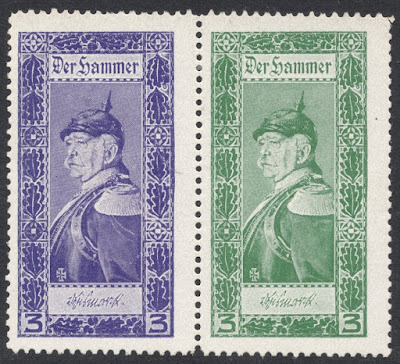 After the First World War, France was justifiably very wary about having a mighty Germany for its neighbour. Ideally, it would have liked to have seen Germany smashed to pieces and being returned to its former shape of numerous little innocent German states and a Prussia that would have to learn its place. That, of course, was not to be.
Can't wait to receive the next packet! Although a note said that the packet may have to cease because of too little stuff being offered for sale and too few takers. Shame! So go on: be a heroe and join the club! This is their website.
:-)
Adrian