Skip to main content
on January 03, 2011
Bernie
I'm working on an article on the WWF at the moment, because it celebrates its fiftieth anniversary in 2011. And so I stumbled upon Prince Bernhard of the Netherlands who not only was its first President, but who also, together with "our" Prince Philip, Duke of Edinburgh, founded the Club 1001 of very rich (business) men who pledge a lot of money after being invited to join. It makes for an independent source of income for the WWF but the more I read the more I understood it to be a rather infamous group of people (although membership is semi secret) and when I happened upon info on alleged military links as well, I thought the better of it and started concentrating on the beasties rather than the people! Which is always a healthy way of living I think, if it wasn't for the fact that beasties don't make stamps.
But anyway, the whole saga did remind me of one of those stamps sets from yesteryear. And when I found out that though I knew every inch of them by heart, I did not actually own them, I got them in and can now show them to you. The set was issued in 1971 to mark the 60th birthday of Prince Bernhard and the four stamps show his activities. 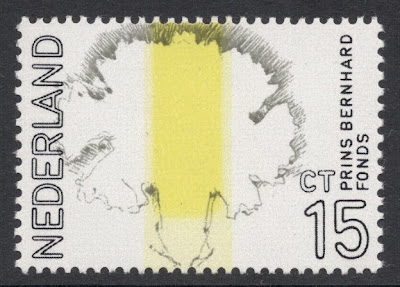 The 15c shows a white carnation, which was (is) the symbol of the Prince Bernhard Fund, a Fund which stimulates culture and the preservation of nature, although it started out in WW2 as a fund to buy war materials. 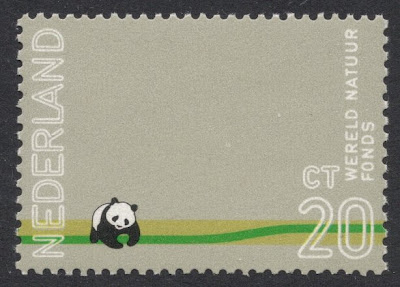 The 20c shows the WWF logo (lovely stamp this!) at the time when Bernhard was still President. 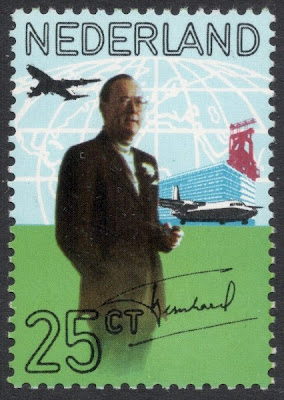 The 25c shows the prince himself. I suppose the background image shows his involvement in business, but the inclusion of the planes are an unfortunate reminder of the bribery scandal known as the Lockheed Affair, which led to the prince being stripped of all his military buttons and bows, hence his depcition in civilian clothes. 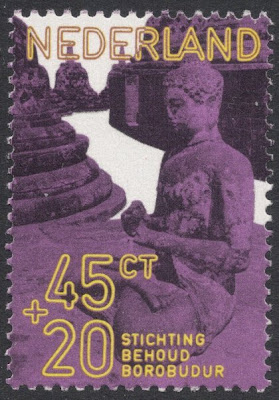 The final stamp, the 45c has a surcharge of 20c for the Fund for the Conservation of the Borobudur Temple in Indonesia, of which Bernhard was the patron.
Pure nostalgia, this set, for me, and it threw me back to the early days when I was browsing daily through my Dutch catalogue, looking at all these stamps I would one day hope to have!
I still do though...
:-)
Adrian
Benelux