Skip to main content
on February 10, 2011
More Cami
Did you like yesterday's penguins? Well, I just got the 1960 year set for France in the mail, so I can now show you a couple more of Robert Cami's stamps. 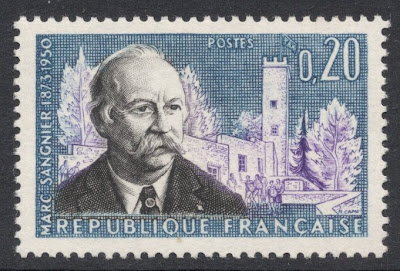 This one depicts the patriot Marc Sangnier and marks the tenth anniversary of his death. The stamps is quoted quite often, probably for its skilled portrait engraving. But the background, in contrast probably, is quite stark and simplified. I think I prefer the next stamp which is of a similar design idea. 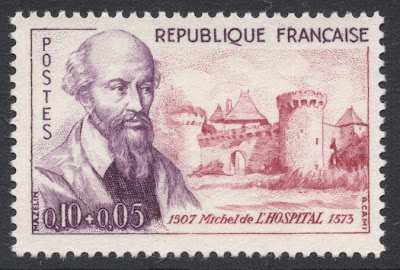 This is one of the values in the Red Cross Fund set. This particular stamp depicts the statesman Michel de l'Hospital. Look at those soft tones and how the background picture complements the portrait. Look at how beautifully that beard is done.
Knowing that these engravings are done at stamp size, you cannot but be completely in awe with these masters in their art!
:-)
Adrian
France