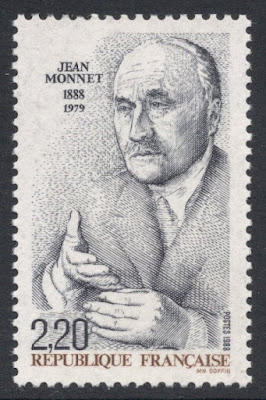 The first one is another French issue, this time dating from 1988, to mark the birth centenary of the man. The stamps was designed and engraved by Marie-Noëlle Goffin and printed in recess. Although a much more traditional stamp than the 1980 one, I like its simplicity very much. A beautiful portrait. 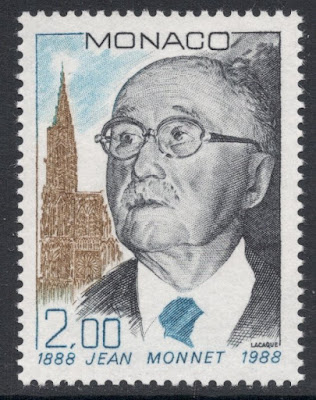 The 1988 Monaco stamp, also issued to mark the birth centenary, is much less impressive, I feel. The design, by E. Lacaque, who also engraved the stamp, is way too busy and colourful, distracting from the portrait. It is also pointless as one wouldn't have a clue why e.g. the cathedral (and which one) is included. At least I don't. Just the portrait on its own would have made for a much better stamp I think, for that is very well done.