Skip to main content
on June 23, 2011
France goes TVP
When I think of the French Marianne series, I'm always slightly worried about the current fast pace of replacement sets being introduced. 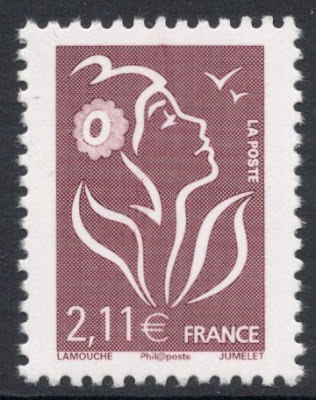 I had barely gotten used to the Lamouche stamp or it had already been replaced by the Beaujard set. 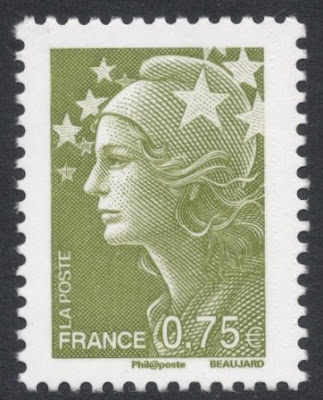 The disadvantage is that definitive sets just become sets of basic stamps with hardly anything interesting to collect. But when I visited Dominique's blog yesterday I noticed he had put up an announcement by the French Post regarding new Beaujard stamps. 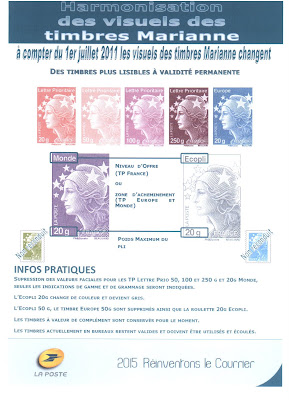 So thankfully the Beaujard set is proving to be different in that new developments are being incorporated in its lifetime!
The development is one that has been going on for some time in many European countries, namely the (wider) introduction of non-value-indicated stamps, or NVIs (TVPs in French). Belgium and the Netherlands, to name but two, have more or less recently moved towards very vague rate indicators, by just numbering their stamps 1, 2 etc. For outstanders this will prove rather confusing I would say.
But the new French stamps, out on 1 July, are much clearer in that respect, as you can see from the La Poste info. They indicate the type of postage (inland, Europe etc) and the weight steps. Seems very clear, judging from the images. Clearer than the TVPs that France used so far, which did not mention anything at all and could only be distinguished by their colour (blue shown here being for Europe). 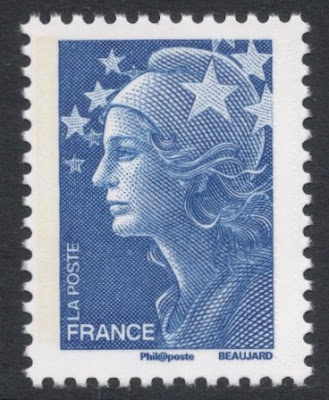 Another very interesting image on the info sheet is that of the new grey ecopli stamp, ecopli being the rate for slower and cheaper mailings. 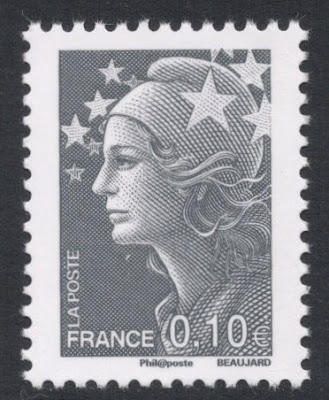 There is already a grey Beaujard stamp, but judging from this new image, this stamp will be without the hatched background around the portrait. It looks absolutely gorgeous, and I can't wait to see it in the flesh!
:-)